Bus from Chennai to Madagupatti

The journey from Chennai to Madagupatti is smoothly covered by a bus in 9 hours. The time to travel is dependent on India’s traffic, roads and climatic conditions. There are operators running their buses between Chennai to Madagupatti bringing necessary travel convenience for several people in India. All buses are driven by experienced drivers ensuring safety during journey.

Bus From Madagupatti to Chennai Bus

If this isn’t a one-way journey, you can book your return tickets from Madagupatti to Chennai with ease. With a plethora of operators servicing this route, choose a bus that best meets your needs and requirements. You can even use the filter option to arrange the bus operators according to your preferred choice such as duration of travel, fare, seats available, etc. So, what are you waiting for? Book your

A number of prominent operators ply buses from Chennai to Madagupatti ensuring punctuality and safety for its passengers. Major operators offering various kinds of bus services are: 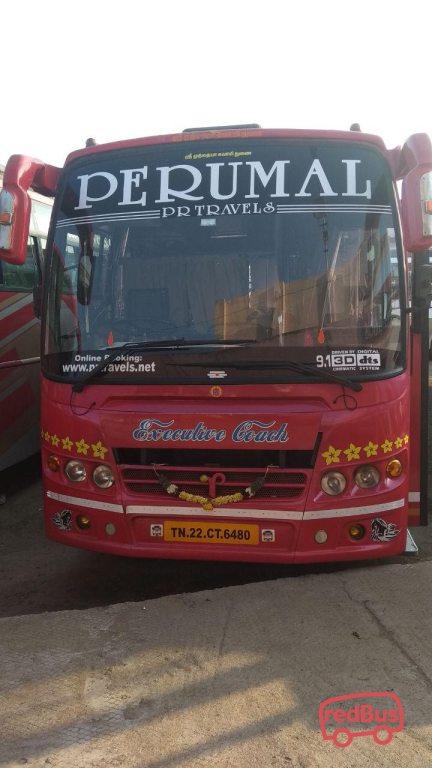 Various types of buses serving passengers from Chennai to Madagupatti ensuring safety and comfort. A few bus services are:

Chennai formely known as Madras is the capital city of Tamil Nadu and is often referred to as the ‘Gateway of South India’. The city is a major social, economic hub of India and is also one of the oldest metropolitan of India along with Delhi, Calcutta and Mumbai. The city oversees millions of travelers yearly, who throng to the city for business or pleasure. The city holding a rich heritage and culture offers plenty of interesting sightseeing attractions for its tourists, for instance St. Mar’s Church, Kapeeleswarar Temple, Fort St.George, Guindy Natioanl Park, Marina Beaach, Breezy beach and much more.

You can now book route tickets from Chennai to Madagupatti at redBus.in. Apply time to time redBus offers on online bus ticket booking. Save some money and memories too!

Other Routes from Chennai