\Chandigarh is an affluent city known for its well-planned architecture, cleanliness, and greenery. Located near the Shivalik Range of the Himalayas, Chandigarh is the first planned city in India aptly named "The City Beautiful."

Chandigarh is a rare example of modernization coexisting with the preservation of nature. People of various races and social classes live here. People in Chandigarh prefer a relaxing lifestyle which distinguishes them from residents of other major Indian cities.

These are some of the boarding points for the Chandigarh to Delhi bus:

Delhi is India's capital and one of the world's oldest cities. Delhi shares borders with the states of Uttar Pradesh in the east and Haryana in the remaining directions, straddling the Yamuna river, primarily on its western or right bank. The historic city of Delhi exemplifies both an ancient culture and a rapidly modernizing country.

The Old Delhi labyrinth of narrow lanes, old Havelis, and colourful bazaars contrasts the modern city with a metro system, glistening malls, bustling markets, and fantastic eating places. The past and present blend seamlessly in Delhi.

Some of the prominent drop-off points in Delhi are:

The total distance between Chandigarh to Delhi is approximately 250 km which is covered in around 6 hours. The duration of the journey, however, is determined by the bus you choose. The time difference is primarily due to varying routes and the number of stops.

Throughout the journey, there are frequent stops. Most of these halts occur at local restaurants, and though they are brief, you can use this time to eat and refresh yourself.

Rajasthan State Road Transport Corporation, IntrCity SmartBus, zingbus, City Land Travels, and Laxmi holidays are some of the bus operators that work on this route.

The earliest bus leaves from Chandigarh at 12:15 AM. However, late-night travellers can also take the last Chandigarh to Delhi bus at 11:59 PM.

Furthermore, the cost of an AC bus from Chandigarh to Delhi is higher than that of a regular bus. Various types of buses are available for travel from Chandigarh to Delhi, including regular buses, non-AC deluxe buses, AC deluxe buses, and Volvo buses. The amenities provided by bus operators vary depending on the type of bus you select, but include:

Places to Visit In And Around Delhi

Dedicated to the sacrifice of Indian soldiers in World War I, the monument, surrounded by lush lawns, is also a famous picnic spot.

Located in the heart of the National Capital and popularly known as CP, it is one of the most expensive commercial markets in the world.

Intended to display Indian culture through entertainment and architecture, Kingdom of Dreams hosts a variety of live shows.

The temple complex has a step-well courtyard and 60 acres of lush lawns with bronze statues of Indian patriots and warriors.

Hauz Khas is well-known for its posh clubs, quirky cafes, and fine-dining restaurants. It is historically significant because it contains remnants of Mughal architecture.

The Delhi Tourism and Transportation Development Corporation operates Dilli Haat, a permanent bazaar. It features over 62 stalls of handcrafted items ranging from antiques to jewellery, home furnishings, clothing, and toys.

Famous for its distinctive lotus design, the Lotus Temple has 27 free-standing marble petals, sprawling gardens, and a pond.

Cyber Hub is an incorporated food and entertainment attraction with multiple offices. There are several dining options of restaurants, cafes, bars, pubs, bakeries, dessert spots, and so on.

redBus is the largest online bus ticketing platform in India. It has transformed bus travel in the country by bringing convenience and ease to millions of Indians. We offer the most variety, the best customer service, the best prices, and unrivalled benefits.

Book a Return Bus From Delhi to Chandigarh

If this isn’t a one-way journey, you can book your return tickets from Delhi to Chandigarh with ease. With a plethora of operators servicing this route, choose a bus that best meets your needs and requirements. You can even use the filter option to arrange the bus operators according to your preferred choice such as duration of travel, fare, seats available, etc. So, what are you waiting for? Book your

A number of prominent operators ply buses from Chandigarh to Delhi ensuring punctuality and safety for its passengers. Major operators offering various kinds of bus services are: 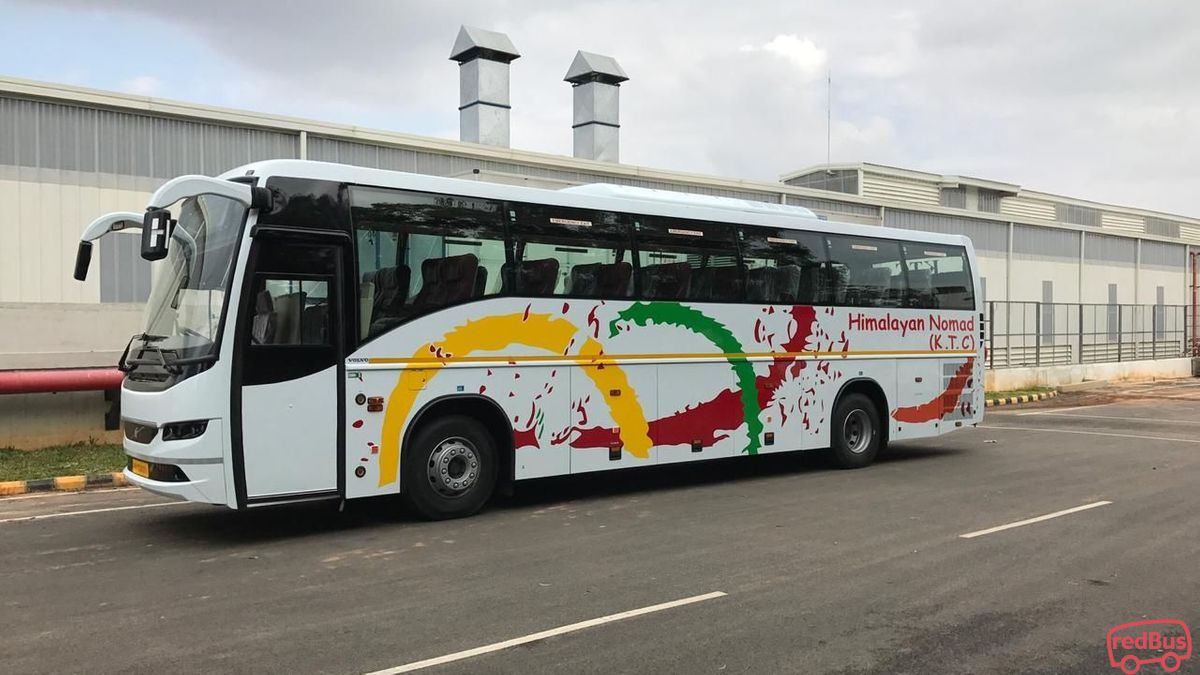 How long will it take to travel from Chandigarh to Delhi by Volvo?
The distance from Chandigarh to Delhi is 261 km. Volvo buses usually take about four to 5 hours to cover this distance. ISBT Volvo buses stop for a 20-minute break at Karnal Lake. The travel time usually depends upon the climatic condition and the traffic on the road. depending on the traffic conditions.
Is there a private bus from Chandigarh to Delhi?
Yes, there are plenty of private buses plying between Chandigarh and Delhi. Some popular services are Vijay Tour and Travels, Silvermoon Travels, A One Travel Agency, Mahalaxmi Travels, Bhagya Shree Tour and Travel, Laxmi Holidays, Gajraj bus service, MVA Travels, Pride Travels and Cargo, Jhajjz Transport, Zingbus, YOLO Bus, Golden Temple Volvo Bus Service, Bedi Travels, Bholenath Travels etc. There are many other private bus operators. Check our list of private operators in this route to see the complete list of private bus operators.
What are the types of buses and the bus fare from Chandigarh to Delhi?
The bus fare completely depends upon the type of bus you wish to travel. There are many types of buses plying this route some of them are A/C Semi-Sleeper (2+2), A/C Seater / Sleeper (2+1), Multi-Axle Sleeper A/C (2+1), Multi-Axle I-Shift A/C Semi Sleeper (2+2), A/C Seater (2+2), A/C Seater (2+2), A/C Seater (2+2) Volvo A/C Multi-Axle Semi-Sleeper (2+2), Benz Business Class A/C (2+2), and NON-A/C Seater Push Back (2+2). This varies depending on if the bus is a Volvo, Bharat Benz, or Mercedes Benz.
Where can I find the pick-up or drop-off points when traveling on a bus from Chandigarh to Delhi?
There are many pick-up points in Chandigarh. Most of the private travels have their preferred pick-up points. This also depends upon where the service providers are located. Check out the list of pick-up points given in the redBus website to know more. Talking about the state-owned services like Haryana Roadways and Punjab Roadways, their buses leave from ISBT 17, Platform 11.
Are buses running from Delhi to Chandigarh? Which bus operators are available to book a ticket online?
Yes, buses have started operating on Delhi to Chandigarh route post lockdown. Volvo buses run by Haryana Roadways (Haryana state-operated) are the most popular service, which provides services 7 days a week. The schedule listed below is based on the latest update from the service provider. Please note that the schedules are subjected to change. Schedule: 1:00 am, 4.30 am, 5.00 am, 5.30 am, 6.40 am, 7.20 am, 9.00 am, 11.00 am, 1.10 pm, 2.00 pm, 2.20 pm, 4.00 pm, 5.00 pm, 5.30 pm, 10.00 pm, 10.15 pm, 11.15 pm.
How do I book a bus ticket from Chandigarh to Delhi online?
It is easy and convenient to book bus tickets online. Simply key in Chandigarh and Delhi into the ‘From” and “To” tabs, enter the date of your journey and hit the “Search” button. You will then get a list of buses operating between Chandigarh and Delhi. Select a bus, select your seat, complete your payment, and that’s it. Your bus ticket from Chandigarh to Delhi has been booked online.

Various types of buses serving passengers from Chandigarh to Delhi ensuring safety and comfort. A few bus services are:

You can now book route tickets from Chandigarh to Delhi at redBus.in. Apply time to time redBus offers on online bus ticket booking. Save some money and memories too!

Other Routes from Chandigarh

Other Routes to Delhi